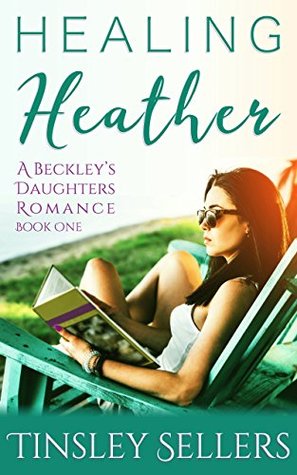 She’s going 120mph in a 65 zone—and if driving even faster could change history, Professor Heather Harris would floor it. She’s on a collision course with Sergeant Brian Daniels, a state trooper determined to enforce the speed limit and slam the brakes on his own heartache. Can a fast-moving physicist find love with a laid-back law officer, or will ghosts from their pasts keep driving them apart?

“All relationships come with an expiration date. All of mine just happened to fall on the same two days.” —Heather Harris

After a long year of tragedy and loss, Dr. Heather Harris is finally ready to come to terms with the deaths that have left her devastated and alone in the world. Spending summer break at the lake cottage she inherited from her grandparents is the first step in coping with her crushing grief, but she soon finds herself on a collision course with Sergeant Brian Daniels, a police officer whose passion for classic cars won’t stop him from enforcing the speed limit.

Brian Daniels embraces his small-town, laid-back, lakeside life. After years of heartbreak at the hands of his first love, he’s finally free—and a fast-driving, karaoke-singing physics professor offers an exciting diversion. Opposites attract, but the sudden appearance of a blonde on a Harley threatens to throw a monkey wrench in the works. Will the pull of his past be stronger than the promise of his future?

Welcome to the small-town world of Beckley, Michigan. The two-lane roads are long and winding, the many lakes are cool and blue, and the dense forests are green and shaded. Summer days are warm and sunny and summer nights are clear under the glittering stars. The people are warm, friendly, smart, funny–and very, very real. When you need a place to call home, Beckley welcomes you—and sometimes the family you choose is as strong as the bonds you’re born with. 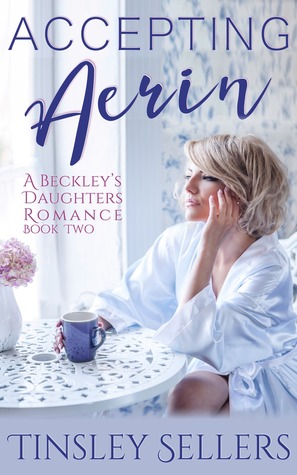 When a freak accident ends his baseball career, Chet finds his second chance writing a series of retro-detective novels. He’s on a deadline and can’t afford a distraction—especially not in the form of a vivacious blonde innkeeper who challenges everything he believes about himself.

Professional chef Aerin Buckholtz owns a vintage lodge and fifteen cabins on a secluded lake in the Michigan woods.

Betrayed by her best friend and self-conscious about her appearance, Aerin believes that romance isn’t meant for her. She’s building her business—and working to earn good reviews seems safer than admitting her attraction to a handsome former athlete who feels far out of her league.

Can Aerin and Chet learn to see themselves through each other’s eyes and accept a love neither one saw coming?

Welcome back to Beckley, Michigan! Autumn is in the air and as the days get shorter, the air gets cooler and the trees begin to turn every shade of gold and red. The people are just as warm, friendly, smart, funny, and real as you remember. When you need a place to call home, Beckley welcomes you—and sometimes the family you choose is as strong as the bonds you’re born with.

If you like small-town romance, you’ll like Beckley. If you like smart heroines who balance demanding professional careers with a commitment to family, friends, and finding love, then you’ll definitely like it here. If you like strong, sexy, hard-working heroes who have not-so-secret soft spots for kids, kittens, and classic cars, you may find that you never want to leave!

Accepting Aerin is the second in the Beckley’s Daughters Romance series. This series is recommended for adult readers and contains explicit language and intimate situations.

Get both for only 99¢ each for a limited time!

“That’s your truck?” I almost dropped my ice cream. My hot caramel, double scoop, butter pecan with whipped cream and two cherries sundae, to be precise. All over the front of Brian’s blue and white striped button-down shirt.

After I had hung up on him, I couldn’t shake the image of the ice cream. The craving got too strong, and I had decided that spending my dinner calories on that outrageous sundae made perfect sense. A tiny voice in the back of my brain had whispered that I might be trying to run into someone—not naming any names, not pointing any fingers—accidentally on purpose. You’re not helping, I had whispered back to the voice, but hopped in Violet and hit the road rolling towards Bowdon anyway.

Johnson’s was an old-fashioned soda fountain, and entering it was like stepping back fifty years in an instant. The fresh-faced teenage girl behind the counter wore a pink and white striped apron, and an exaggerated pink bow held back her blonde ponytail. Her hand-drawn name tag read Lizzie, with a tiny pink heart dotting each ‘i.’

When I had placed my order, she grinned. “One Sergeant’s Special, coming right up!” She had cheerfully gotten busy, scooping and topping like someone who had built that particular confection on more than one occasion.

“The Sarge likes his with an extra cherry,” she held up the half-empty jar of maraschinos as evidence. “One or two for you?”

“Two, of course,” I peered over the counter as she worked. “And maybe just a little more whipped cream?”

As I emerged from the ice cream parlor with my enormous probably-better-than-sex sundae, the first thing I saw was a fully-restored classic pick up. Parked directly in front of Johnson’s, right next to Violet, it was a Dodge, 1951 or ’52, five-window. From the pristine condition of the Sea Mist Green paint to the spotless whitewall tires, I surmised that it still had the original straight-line 6-cylinder engine and three-speed transmission. Brian stepped wordlessly aside while I handed him my sundae and circled the truck, utterly transfixed. I may have been drooling just a little. Clicking the latch, I lifted the driver’s side bonnet—and gasped out loud.

“Yeah,” he nodded over my shoulder, “it’s a 392 Hemi. Just like yours.” He grinned and started spooning my sundae into his mouth. “I bought her about eight years ago, and it took me six years to bring her back to life. I figured she deserved the Hemi.”

He scooped another generous spoonful of my ice cream into his mouth and savored. “Dang, did Lizzie make this? Just gets better every time.” He handed me back the paper bowl and closed the truck bonnet. “Wanna go for a ride?”

Did I ever. Girl Code or Common Sense 101 be damned, there was no way I was turning down a ride in that beauty-on-the-outside, beast-on-the-inside truck. Without a word, I climbed into the cab on the passenger side. The interior had been meticulously restored, and the tan leather bench seat had been customized with intricate stitching.

He roared the engine to life, and my heart skipped a beat. In seconds, he had turned off the main highway, and we headed east an empty two-lane, windows rolled down and radio turned up.

“So, if I remember correctly, this is the part of the country song where I kick my shoes off and put my pretty bare feet on the dash.” I smiled sweetly and licked the caramel from my spoon, a little more suggestively than was strictly necessary. Something about the rolled-up sleeves and half-unbuttoned casual shirt he wore over a plain white tee spoke to me on an almost cellular level, triggering a sensual response I couldn’t really control. I took another bite, swirling my tongue through whipped cream with an exaggerated innocence.

“Followed by the verse where I kick you out of my truck for spilling ice cream all over the leather,” he looked meaningfully at the paper bowl and its rapidly melting contents. The molten caramel and the summer heat had conspired, almost liquefying the butter pecan.

“Sorry,” I said meekly, sitting up straighter and corralling my wayward thoughts. “I won’t spill, I promise. But you may have to help me finish this, it’s a double.”

“Now that’s an offer I can’t refuse.” He kept his left hand on the wheel, and while I held the bowl, tried unsuccessfully with his right to secure a spoonful. “I’m a lefty. Help me out here?”

I slid over a bit closer and held the sundae-loaded spoon to his lips. Without taking his eyes from the road, he took the bite with obvious relish. I repeated the process, then helped myself to a spoonful. Sharing the single spoon felt intimate and little romantic.

We drove in comfortable silence. Neither one of us mentioned our recent conversation, and it didn’t feel necessary to bring it up. The road wound through the silent forest, then suddenly opened up with hay fields and horse pasture on either side of the road. Three horses glanced up briefly, then resumed their leisurely grazing. A white farmhouse stood about a hundred yards from the road, flanked by a tidy barn and a stable. I imagined a young family: a father leading his young daughter on the back of a pony; a mother laughing and pushing a baby boy on a tree swing.

“Can I tell you something?” he asked suddenly, startling me from my reverie. “I just don’t want you to misunderstand.”

“Of course you can,” I replied, curious. “But don’t feel like you need to explain anything to me. I don’t want you to think I…” I trailed off, not knowing exactly how to finish my thought.

“Think you what? Judge me? Pity me?” He slowed the truck, pulling over on the shoulder, and turned to face me. “I don’t think you would do either. But let’s just set the record perfectly straight. Yeah, I had a relationship with Amanda. It was a lot of years, a lot of chaos, a lot of pain, and now it’s over. It’s been over for a long time.”

“Okay…” I exhaled. “She made me think you were still seeing each other pretty exclusively. I didn’t—I don’t—want to be in the middle of anything.”

“You aren’t. You couldn’t be. There’s nothing to be in the middle of.” His green eyes still showed pain, though. I reached over and took his hand, giving it a reassuring squeeze. The pain in his eyes gave way to something that looked like optimism. Or maybe hope. Either one was fine by me. 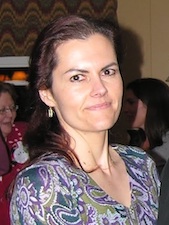 Tinsley Sellers grew up in Chicago, spending her summers with her grandparents in a tiny town a lot like Beckley, Michigan. Life took her to Arizona, Washington, and Idaho before she finally found her home in Arkansas. She is married to an amazing, supportive (and handsome!) man, with whom she has rescued three dogs and two cats. When she’s not writing, she teaches physics and engineering at the local university. When she’s not writing or teaching, she’s probably trying new recipes. She enjoys fast cars, loud music, fine whisky, and big books. In no particular order.