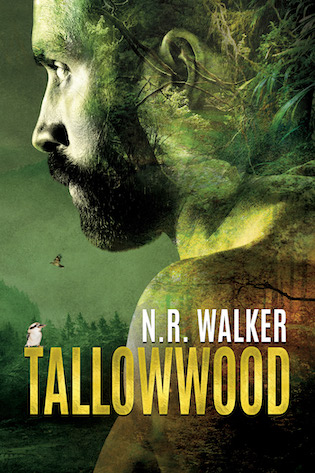 Sydney detective August Shaw has spent the last decade of work solving cold cases. Since the death of his boyfriend eight years ago, August works alone, lives alone, is alone — and that’s exactly how he likes it. His work is his entire life, and he’s convinced a string of unsolved cold-case suicides are linked to what could be Australia’s worst ever serial killer. Problem is, no one believes him.

Senior Constable Jacob Porter loves his life in the small town of Tallowwood in the middle of the rainforests in northern New South Wales. He runs summer camps for the local Indigenous kids, plays rugby with his mates, has a close family, and he’s the local LGBTQIA+ Liaison and the Indigenous Liaison Officer.

When human remains are found in the camping grounds at Tallowwood Reserve, Jake’s new case turns out to be linked to August’s cold cases, and Jake agrees they’re not suicides at all. With Jacob now firmly in August’s corner, they face one hurdle after another, even when more remains are found, they still can’t seem to gain ground.

But when the body of a fellow police officer turns up under the same MO, it can’t be ignored anymore. August and Jake must trace the untraceable before the killer takes his next victim or before he stops one of them, permanently.

(August and Jacob have just been given the identity of a man who was found deceased. They’re about to inform the family)

Two hours later, they sat in the car in a quiet suburban street in Cronulla. They had a name, the case file, and the address of the parents and were about to drop a bombshell on the guy’s family.

Tristan Kurtz was twenty-six years old when he was reported missing by his mother, when he never arrived home in Sydney from an LGBTQIA+ music festival in Byron Bay. He’d reportedly hitchhiked from Byron Bay to Coffs Harbour, having travelled with local residents who he’d met at the festival, and had given him a lift. The missing person’s report had said Kurtz was dropped off in the main street, and had waved them off. He was later seen on CCTV footage walking toward the highway, at 8:11pm.

He never arrived at his parents’ house, he never contacted them to say his plans had changed, which was out of character for him. His parents had called everyone he knew—friends, workmates, old boyfriends—to no avail, and twenty-four hours later he was reported as a missing person.

He was only twenty-six. A kid, August thought, with his whole life in front of him. A life stolen, stripped away, and thrown away like garbage.

August stared at the house and sighed. He was spread too thin, he was stretched as far as his skin would allow. Another murder, another gay man slaughtered for no other reason than pure bigotry and disregard for human life. “I hate this. I hate everything about it.”

Jacob was quiet for so long, August looked over at him. “Yeah, me too,” he said flatly. He was reading through Tristan’s file. He finally closed the folder and met August’s gaze. “We need to find this bastard.”

“We need to see his parents and tell them.” Jacob looked over at the house and frowned. “Fuck, I hate this part.”

Neither of them made a move to get out of the car. “Is it better to know?” Jacob asked quietly. “Is it better to find out what happened, for closure? Or is it worse, because when you don’t know you still have hope?”

August was pretty sure it was supposed to be a rhetorical question, but it was one he knew the answer to. “It’s better to know. In the long run.” He cleared his throat. “Hope can break your heart every day for years, and living with false hope is hell on earth.”

Jacob stared at him, and August wondered if he’d said too much. But Jacob nodded and unclipped his seatbelt. “Then we shouldn’t wait another minute.”

August got out of the car and together they walked up to the front door and rang the bell. They’d called ahead, so they were expected, but when a tall, middle-aged man opened the door to greet them, Jacob took off his hat and with that single gesture, the man nodded and began to cry.

Hope was a cruel and brutal thing.

N.R. Walker is an Australian author, who loves her genre of gay romance. She loves writing and spends far too much time doing it, but wouldn’t have it any other way.

She is many things: a mother, a wife, a sister, a writer. She has pretty, pretty boys who live in her head, who don’t let her sleep at night unless she gives them life with words.

She likes it when they do dirty, dirty things… but likes it even more when they fall in love.

She used to think having people in her head talking to her was weird, until one day she happened across other writers who told her it was normal.

She’s been writing ever since…

2 thoughts on “Tallowwood by N.R. Walker”