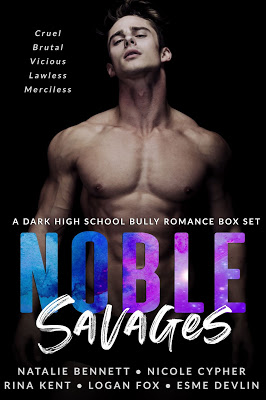 Five sexy full-length novels about the bullies we love to hate from dark romance authors holding a degree in bad boys…
Lawless Kingdom by Natalie Bennett:
You can never truly know someone. Not even the ones you love. What started as the best summer of Rhiannon Clemonte’s life ended with her world being flipped completely upside down.
All because she got entangled with Judas Baron, the wicked blue blood who will do whatever it takes to keep her by his side.
Vicious Knight by Nicole Cypher:
I had one mission: get through senior year. As one of the invisibles, it was supposed to be nothing more than a waiting game. That was, until football quarterback and king of the school, Camden Knight, decided to destroy my credibility, reputation, and ultimately…
me.
Merciless Knave by Esme Devlin:
Traded like the Queen of Diamonds in a game of cards. ‘Til death us do part; that’s what the Knave of Spades promised. If that’s the way it’s got to be, I’m dragging him to hell with me.
Brutal Prince by Logan Fox:
Everyone bows to the prince. Well, everyone except me.
Arrogant, brutal, sexy Prince Briar has made it clear that I’m not welcome at Lavish High, but I’ve got nowhere else to go and I’m not backing down.
Guess we’ll see who’s left standing when the dust settles.
Cruel King by Rina Kent:
Here, little princess. I’m your king.
You have three rules. Bow. Break. Bend the knee.
Fight me all you want, but soon enough, you’ll be chanting long live the king. 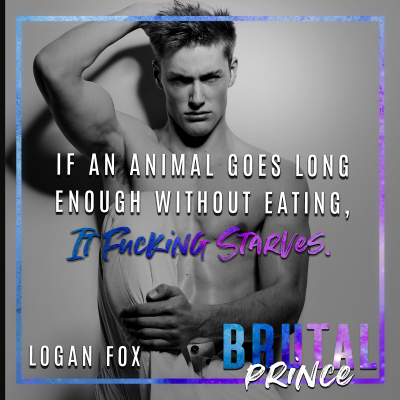 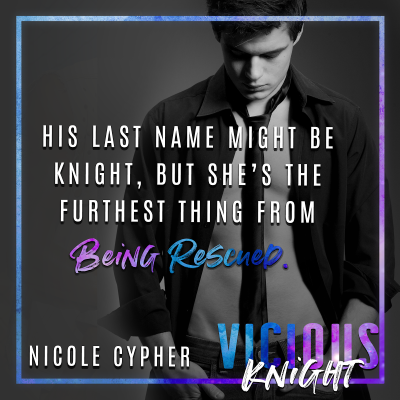 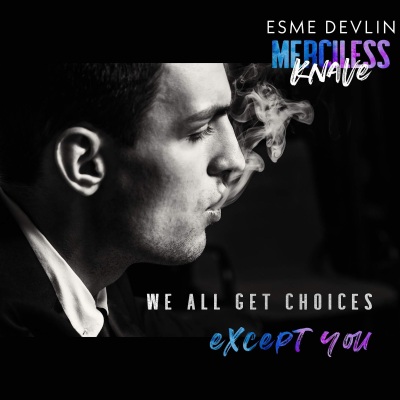 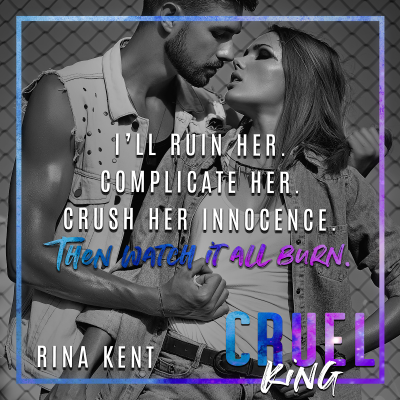 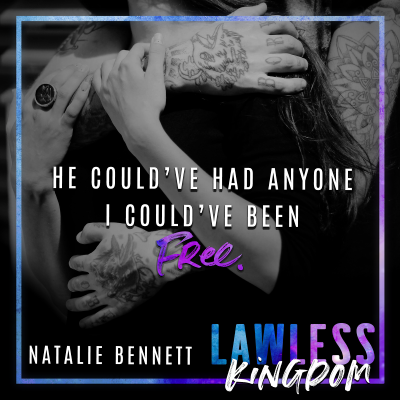 ~~~~~~~~~~~~~~~~~~~~~~~~~~~~~
Rina Kent in an English author who’s constantly parading between France and North Africa due to her studies and her husband’s demanding job.
When she’s not packing suitcases or hopping from one plane to the other, she’s busy whipping her characters to shape.
Since a young age, Rina has been obsessed with storytelling and flawed, edgy characters. Her heroes are often killers and anti-heroes and her books are always sprinkled with darkness, angst, violence, and lots of heat.
Don’t forget to Sign up to Rina Kent’s Newsletter for news about future releases and an exclusive gift.

~~~~~~~~~~~~~~~~~~~~~~~~~~~~~
Logan Fox writes deliciously dark and twisted stories set in the sinister town of Mallhaven.
Having grown up with names like Graham Masterton, Dean Koontz, James Herbert, Stephen King, Robert Jordan, and Terry Pratchett, her stories are an eclectic mix of the sadistically twisted, the epic, and the darkly comedic.
She strives to create characters you’ll either love or loathe and doesn’t hold any punches.
She hails from the four-seasons-in-a-day suburb of Johannesburg, South Africa. She’s so busy writing she doesn’t have time for much else except the occasional indulgent Netflix binge. She loves hearing from readers, so don’t be shy to contact her and tell her what you thought of her writing.