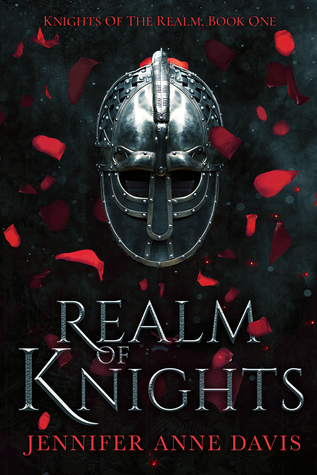 Reid has spent her whole life pretending to be a man so she can inherit her father’s estate, but when a chance encounter threatens to expose her lie, she is forced to risk everything.

In the kingdom of Marsden, women are subservient to men and land can only pass from father to son. So when Reid Ellington is born, the fifth daughter to one of the wealthiest landholders in the kingdom, it’s announced that Reid is a boy.

Eighteen years later, Reid struggles to conceal the fact she’s actually a young woman. Every day, her secret becomes harder to keep. When one of Marsden’s princes sees her sparring with a sword, she is forced to accept his offer and lead her father’s soldiers to the border. Along the way, she discovers a covert organization within the army known as the Knights of the Realm. If Reid wants to save her family from being arrested for treason and robbed of their inheritance, she will have to join the Knights and become a weapon for the crown.

To protect her family, Reid must fight like a man. To do that, she’ll need the courage of a woman.

“Sit,” the man commanded, pointing to the opposite side of the fire.

Reid did as he instructed, not uttering a word. She decided to let him lead this conversation. There was no point in accidentally revealing something she didn’t need to.

“I saw you fighting earlier,” he said, his focus on the flames of the fire and not on her.

Now that she was closer to him, she could see he was younger than she’d first thought. Maybe a year or two older than she was. His face was long, his ruffled hair accentuating his features. He glanced up, his eyes meeting hers.

She shrugged, not sure what to say.

“Now it’s time for my question,” he said. “Where’d you learn to fight like that?”

She forgot she’d agreed to answer one of his questions. As she mulled over it, she tried to determine why he wanted to know and if there was any harm in answering. Was it simple curiosity? Did he want to learn to fight with a sword as well? Though the young man had on a long-sleeved top and a cape concealing most of his body, his shoulders were wide, his posture rigid. Reid had seen enough of her father’s soldiers to know one when she saw one. So if this man already knew how to fight, why was he asking the question? What did he want?

“A friend,” she answered, keeping it vague.

He nodded, his focus back on the flames. “Do you have a name?”

He smiled at her over the fire. “Why are you wearing pants?”

She swallowed. “If I didn’t wear pants, my legs would be cold. And I might get poison ivy. The plant is rampant around here.”

Amusement flitted across his face. “I don’t think I’ve ever seen a woman wear pants before.” He locked his eyes directly on hers, his expression hardening.

It felt as if he’d punched her. He knew. And he was testing her. “Why do you think I’m a woman?”

“You have a woman’s voice.”

“Maybe my voice hasn’t changed yet.” She stood to go.

“Your features are far too delicate for a man.”

She went over to her horse.

“Earlier today, I saw you pretending to be a man. Is it just so you can fight? Or do you have other motives for lying?” He remained sitting next to the fire, making no move to come after her.

She swung her leg over Mirage, then readjusted the reins in her hands.

“You are aware it is illegal to lie about who you are, right?” the man said.

It was a good thing she hadn’t told him who she was then. She turned Mirage, ready to get away from this strange interrogator.

“Lying about your identity is a punishable crime. You can be put to death.”

Thankfully, her father was in charge of the county of Ellington. The only people who outranked him were members of the royal family. And her father had been good friends with the late king.

“Or,” he said, his voice suddenly loud in the quiet forest, “your land can be taken, your title stripped.”

Even though her back was to the man, she knew he was staring right at her. Shivering, she nudged Mirage, willing him to carry her far away from this dangerous person. 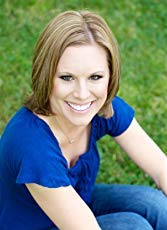 Jennifer Anne Davis graduated from the University of San Diego with a degree in English and a teaching credential. She is currently a full-time writer.

One thought on “Realm of Knights by Jennifer Anne Davis”