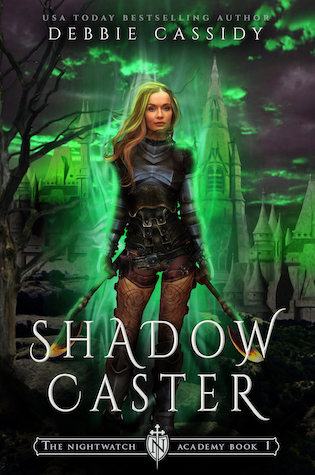 Murdering humans is a huge no-no and comes with an off-with-your-head sentence. Doesn’t matter if you don’t remember doing the crime.

I killed a human, and no, it wasn’t on purpose, but that shit doesn’t matter to the council. I’m facing death. So, when I’m offered a deal to avoid execution, I’d be a fool not to take it, even if it means leaving the human world and urban life behind to enroll in the Nightwatch Academy – a gothic monstrosity hidden from human eyes, located way too close to the largest tear in the fabric of our reality.

It would be fun if I had any inclination of becoming a member of the Watch or supporting the shadow knights at keeping the Formorian threat at bay. But heck, the monsters beyond the mist aren’t my problem. I have personal demons to deal with.

Once I’m out, the Watch can shove it.

But one sip from the ceremonial goblet and my plans to coast are out of the window as my powers spark to life.

I’m an anomaly, one the Watch won’t be letting walk any time soon.

My only comfort is a man who prides himself on his ability to harness pain. Battle scarred and formidable, he’s my tutor, my mentor, and the object of some super saucy dreams. He’s completely off limits and my only hope of surviving my first test.

There can be no distractions.

But when my fellow cadets start going missing then returning with no memory of who they used to be and my best friend is taken, turning a blind eye is no longer an option.

Allies are limited when you’re a freak. Luckily, I don’t need a cheer squad to get shit done. Whoever is responsible better watch out. I’m coming for them, and I’ll be bringing the pain.

A hand landed on my shoulder and had the audacity to give it a shake.

Fuck off was the desired response, but the word that came out was harrumph.

“Indie, come on. You promised you wouldn’t miss today.”

Today? Oh, yeah, the team exercise, as in there is no I in team, as in I didn’t give a shit. But the exam was the last lesson of the evening, and my bio clock told me the sun had only just set.

Still, Minnie’s shadow loomed over me, and the heat of her gorgon glare burned holes in the back of my head.

“The whole day, Indie. You promised to do a whole day.” She reminded me with that stern edge to her tone, which told me that ten-inch-thick steel would break before she would.

Me and my big mouth. Maybe if I faked sickness, she’d piss off and leave me be. Going to shitty classes was the last thing I wanted to do tonight.

I coughed and made a gagging sound.

Urgh. Emotional blackmail, which coming from anyone else I’d be immune to. I rolled onto my back and stared at the pixie-cute woman looking down at me. Her crimson bob grazed her delicate jaw as she leaned over me, and her wide jade eyes were hard with determination.

Over the last two months, I’d learned three things about Minnie Faraday. First, that she wasn’t a stuck-up arsehole like the rest of the Faraday family. Second, she had a soft spot for kittens, and anything small and furry, and third—the most important—that she did not take no for an answer.

Trust me, I’d tried to keep her at a distance. I mean, sharing a room with her didn’t mean we had to be friends. I didn’t need or want any friends here. But Minnie had decided that’s exactly what we were going to be, and she’d pursued me unrelentingly until she’d worn me down.

So, here we were. Two friends in a glare off. One I knew I was about to lose, because yeah, I’d promised not to skip out on the simulation today. Team exercises were graded based on team performance, if one member was a no show, the whole team suffered.

I closed my eyes and blew out a breath. “Fine. Give me five minutes, and I’ll meet you in the lobby.

I flashed my teeth at her. “Have I ever let you down, pixie -boo?”

“Do not call me that.” She crossed her arms. “You know I hate it.” She sniffed.

“Riiight. So, you just wrote it in the back of your notebook and decorated it with tiny flowers for no reason then?”

She opened and closed her mouth a couple of times and then took a deep breath. “Five minutes.”

She grabbed her book bag and headed out of the room.

The door didn’t slam behind her.

Not too pissed off then. 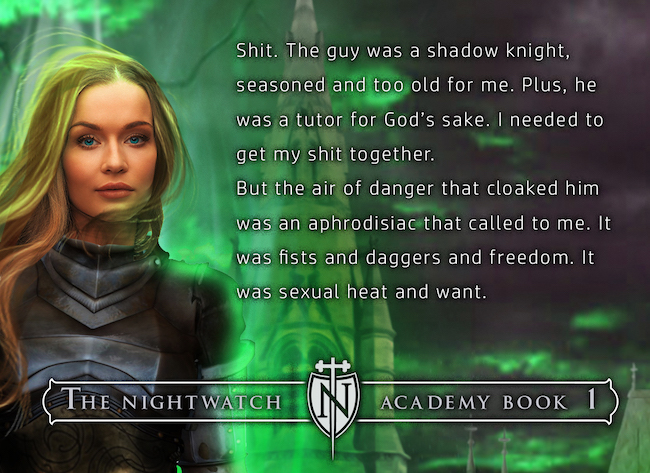