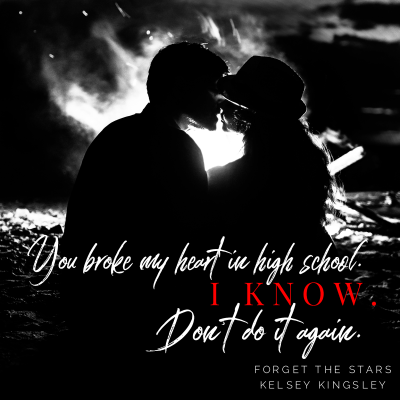 “There is just something about a vulnerable hero that gets me every time and Chad Wilcox was no exception. His pain becomes your pain thanks to Kelsey’s descriptive writing and the ability to invoke emotional pull. And, with a nickname like Chaddington Bear, he is everything.” – Bree, Goodreads reviewer

“I’m a big Kelsey fan, so I knew I’d love this book before knowing anything about it. What I didn’t know is how deep it would move me. I should have known though, because she always finds a way to break the mold and set a new standard of excellence.” – Katie, Goodreads reviewer

“This is one of those times I am thanking my lucky stars I took a chance on a new-to-me author. The writing was engaging, smart, and effortless to read. The storytelling was honest and sweetly addicting. I craved it when I wasn’t reading it, I wanted to sink into it for hours, lose time with these wonderful characters and their original, adorable, emotionally satisfying love story. I can’t say it enough: I loved it! I adored it! This is an absolute MUST read!” – Bookgasms Book Blog 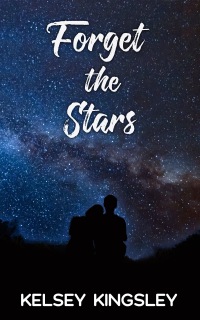 Guitarist Chad Wilcox’s life isn’t going according to plan.
At thirty, he never thought he’d still be unmarried and living with his parents. And with the added stress of his poor health, he’s convinced the only thing within his control is the success he’s found as a rockstar.
After reconnecting with his childhood best friend, Chad sets into motion a new plan to regain control over his happiness, and things start looking up. But when he finds himself diagnosed with a potentially debilitating chronic illness, he begins to wonder…
Is this as good as it’s going to get? Or is it at all possible for a guy like him to get everything he’s ever wished for?

“What’s that look for?” she asked with a giggle, as she reached around to secure her bra.
I shook my head as a smile stretched over my lips. “Nothin’. Just …” I swallowed at the warmth crowding my heart and my lungs. “You’re my best friend.”
She tugged a tank top on and sighed, her exhale lingering in the air. “You’re mine.”
Mine. The word was simple and yet held the world. It was an agreement, it was possession. It was an invisible contract that lingered between us, and I would’ve gladly used my own blood to sign on the dotted line.
But instead of pricking a finger and sealing the deal, I simply nodded, as only two words left my mouth.
“I’m yours.”

Kelsey Kingsley is an author of eight, almost nine, novels. She lives in New York with her family and a cat named Ethel. She loves tattoos, music, makeup, and Frasier reruns. Kelsey is a Slytherin. She curses a lot, and she fucking hates cheese.