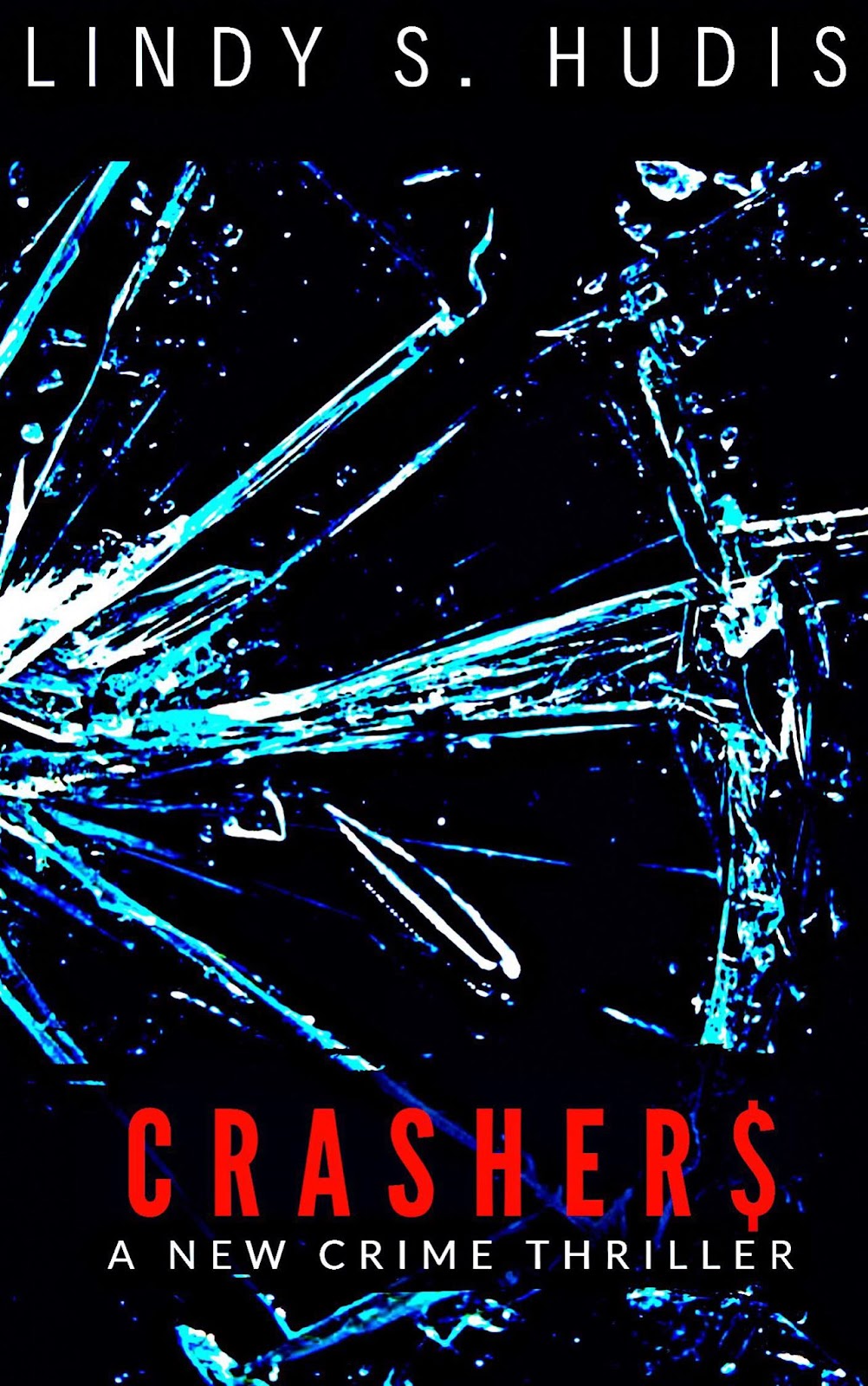 Enter the world of Crashers! A riveting story of love, desperation and greed.
Fraudulent car accidents is a multi-million dollar racket, involving unscrupulous medical providers, personal injury attorneys, and the cooperating passengers involved in the elaborate network—and who also receive a portion of the illegal proceeds. Such is the fate of newly engaged, Nathan and Shari, whose joy is tempered by the dark cloud of mounting debt.
A chance encounter with a sexy, mysterious stranger, in whom Shari confides her troubles proves fortuitous: he tells her of a get-rich-quick scheme that will put her and her fiancé on easy street. Seduced by the chance to move from hard times to good times in no time, Sheri takes the carrot offered her, and finds herself acting as a “stuffed passenger”—the “victim” in a staged auto accident. The act goes according to plan and Shari gets her payday, but getting out and breaking free of the insurance fraud underworld will take nothing short of a miracle.

Chapter 1
For KXXX TV and KXXX AM Radio News, this is Katie Carlson with your mid-morning eye-in-the-sky traffic report, and it’s an easy one: It’s messed up EVERYWHERE! So far, the 405 South is backed up all the way to the 101. So, if you are going into Hollywood this morning, you are going to be late for that audition. Also, there is an injury crash on the Eastbound 10. So, if you are heading into downtown LA, you might want to bring a magazine or get some knitting done. If you are going to LAX, forget it, call mom back east and tell her you will be driving out instead. Just Kidding! Any way, this is Katie Carlson with the Los Angeles mid-morning traffic report. Enjoy your commute everybody, NOT!
* * *
As the blare of the clock radio on the night table jolted her awake, Shari Barnes rubbed her eyes, blew her long brown hair out of her face, and snuggled into Nathan Townsend’s chest. She curled her body around his middle and took a deep whiff of his salty, masculine neck.
But she couldn’t ignore the voice on the radio.
“Monday morning traffic,” she sighed.
Nathan matched the sigh and put his arms around her. “At least you don’t have to drive over the hill.”
“Yeah, I would just die if I had to drive into Beverly Hills every day to work in a beautiful office.” Shari giggled and disappeared under their thick blue comforter for a few more moments of sleepy-headed bliss. She felt Nathan stretch up, and a moment later the radio shut off. Then he slid down next to her in the single bed they shared in their Studio City apartment, a few blocks north of Ventura Boulevard. The constant drone and rumble of another L.A. morning came clearly through the open window: cars honking, rock music blaring, the frantic scurrying sounds of the film shoot a few blocks away. Shari ran her bare feet up the inside of Nathan’s thigh.
He jumped. “Shit, your feet are cold.” He pushed her legs off of him.
“What time is it?” she murmured between kisses.
“Um, seven.” He nuzzled her neck and she felt him becoming erect against her.
“No time for that!” She threw off the covers. “Gotta be at work on time for once; gotta get my asp out of bed.”
“There’s a snake in the bed?” Nathan grabbed her with both hands and gave her belly gentle nips.
“Yeah, of the one-eyed variety.” Shari leaped to the floor and padded naked into the bathroom. She turned the hot water in the shower to high and stepped in, filling the small bathroom with steam.
She had just poured a green drop of shampoo into her palm and was running her hands together when the flimsy yellow and white shower curtain flew back and Nathan grinned in at her. She smiled back, surprised by neither his arrival nor the partial hard-on that preceded him.
“Mind if we join you?” he asked.
“There’s enough shampoo for everybody,” Shari said as she rubbed her hands across her scalp.
He stepped into the stall, pulled the curtain closed and began to lather her hair for her. She put her hands on his back, feeling the taut muscles and the water streaming there, but did not reach down between them. It took him about five seconds to realize it and hold her away.
“You okay?”
“Fine….”
“Don’t lie; I can always tell when you have something on your mind.”
“You know me better than I know me,” she said.
“You know it.” He pushed her wet hair over her shoulders. “Come on, give.”
“I was thinking maybe I should get a second job.”
“You’re worrying about money again?”
“Well, I have to shoot my student thesis film this year or I won’t graduate. But where am I going to get the money I need?”
“How much do you need?”
“At least five figures.”

Lindy S. Hudis is a graduate of New York University, where she studied drama at Tisch School of the Arts. She is the author of several titles, including her romance suspense novel, Weekends, her “Hollywood” story City of Toys, and her crime novel, Crashers. She is also the author of an erotic short story series, “The S&M Club” and “The Mile High Club”. Her short film “The Lesson” was screened at the Seattle Underground Film Festival and Cine-Nights in 2000. She is also an actress, having appeared in the television daytime drama “Sunset Beach”. She and her husband, Hollywood stuntman Stephen Hudis, have formed their own production company called Impact Motion Pictures, and have several projects and screenplays in development. She lives in California with her husband and two children.
Lindy S. Hudis Facebook : https://www.facebook.com/LindysHudiserotica/
Lindy S. Hudis Twitter: https://twitter.com/lindyscribe
Lindy S. Hudis GoodReads: https://www.goodreads.com/author/show/6470478.Lindy_S_Hudis