There are some f**ked up people in the world, unfortunately, the worst kind ended up destroying my life.
My wife had been murdered and I made it my mission to find out why and by whom.
But when the ‘why’ and the ‘whom’ invaded my small town, my house, my life, and turned it upside down, it brought more death and devastation.
When you don’t know your enemy it’s hard to know who to trust. I had the greatest religion on earth on one side and a mad man on the other. I was stuck in the middle.
My name is Gabriel. I had a perfect life, a perfect wife, and now I am fighting for justice.
A dark, epic thriller for readers over the age of 18. 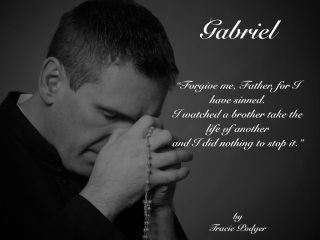 There are seven deadly sins, so they say.
Pride, Envy, Wrath, Gluttony, Lust, Sloth, and Greed.
We are guilty of them all.
But what happens when someone decides to become judge, jury, and executioner of those
that commit these sins?
Detective Mich Curtis is thrown back into a world he thought he’d managed to struggle out of.
It started as a simple murder case to solve – it became a fight to survive.
Seven sins, seven murders – who will be the last man standing?
The executioner or the only person fucked up enough to get inside his mind?
Suspense/thriller for readers over the age of 18 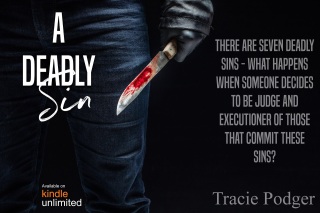 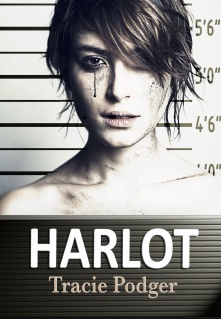 Charlotte Kenny is nineteen years old and a prostitute.
Not by choice, though.
When a client is murdered, Charlotte is thrown into a world she believes should be
between the pages of a novel.
Beau Mercier is an ass with a dark past.
When Charlotte ends up on his doorstep, he knows trouble will follow.
Two people, who neither trust nor like each other, are forced together in a town where all is
not as it seems.
Can Charlotte escape her trouble? Can Beau open up enough to help her?
Both want to, but secret pasts, murder, and intrigue, get in the way.
Harlot accompanies the thrillers, Gabriel and A Deadly Sin, and can be read as a standalone.
For readers over the age of 18. 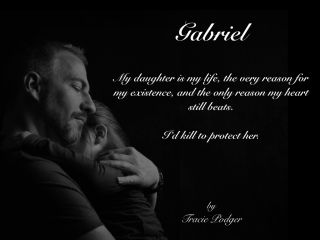 Tracie Podger currently lives in Kent, UK with her husband and a rather obnoxious cat called George. She’s a Padi Scuba Diving Instructor with a passion for writing. Tracie has been fortunate to have dived some of the wonderful oceans of the world where she can indulge in another hobby, underwater photography. She likes getting up close and personal with sharks.
Tracie likes to write in different genres. Her Fallen Angel series and its accompanying books are mafia romance and full of suspense. A Virtual Affair, Letters to Lincoln and Jackson are angsty, contemporary romance, and Gabriel, A Deadly Sin and Harlot are thriller/suspense. The Facilitator is erotic romance.
Stalker Links
https://www.facebook.com/TraciePodgerAuthor/
https://twitter.com/TRACIEPODGER
http://www.TraciePodger.com