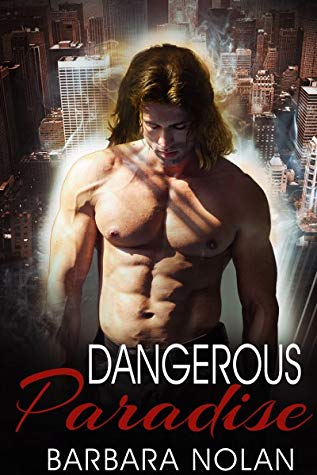 Eddie Morgan, the Harley-riding owner of Manhattan mega-club Beyond Paradise, has a secret: Illegal, underground cage fighting in dingy basements. It keeps the dark days of addiction at bay and quiets the static in his brain.

Paige Drake, New York heiress to the Drake Hotel dynasty, has one last chance to prove her worth in the family business: Upgrade the outdated hotel bars.

When a dinner party from hell throws these total opposites together their tantalizing teasing and sparring words awaken deep feelings neither one knew existed.

Even though the Long Island socialite is way out of Eddie’s league, he can’t resist the challenge, and soon Paige finds herself zooming out of her buttoned-up life on the back of Eddie’s Harley. He agrees to help Paige with her business venture but soon realizes that her club promoter is a member of a vicious Russian drug cartel using Paige’s bars as a front for their drug operation.

Is Eddie willing to throw himself back into a life that nearly destroyed him to save Paige? And is Paige willing to face the seedier side of Eddie’s world and accept his gritty methods of dealing with the cartel?

Eddie and Paige’s story twists and turns as two divergent people struggle to find common ground in a world where rules do not apply.

My Journey to Publication

My journey to publication evolved over time, but it wasn’t until almost ten years ago that I became serious. I already had the equivalent of about 200,000 words on my computer, and after achieving a degree in Creative Writing from New York University, I was able to convert all those words into something worth reading.

The professors at NYU gave me the tools I needed to make my dream come true, and believe me, I had a lot to learn. Punctuation, Pesky run-on sentences and the Power of show don’t tell. I still have problems with commas as my editor with gladly tell you, but overall, my writing improved greatly. (I know, I really didn’t need that adverb.)

Armed with all the tools I needed, I converted those words into three books, which became my Paradise Series. I read that entering contests was an excellent way to get noticed, so I entered at least three a month and was pleasantly surprised when I became a finalist in many of them.

I would highly recommend entering contests as most have agents and editors as judges and even if they don’t request your work, you will get critiques. Some of my most valuable critiques have come from contest judges. Entering contests is what brought me to Soul Mate Publishing. Cheryl Yeko was a judge, liked my work, and offered me a contract for my Paradise Series with the first, Beyond Paradise, published December 12, 2018.

I have always considered reading a luxury and writing a necessity.

Barbara Nolan enjoyed writing most of her life and recently acquired her Certificate in Creative Writing from NYU. She also benefited from the help and influence of many talented professors and editors along the way. She is a member of RWA and the New Jersey chapter of Romance Writers. Her passion for reading and words make this a journey of love.

She writes gritty, realistic stories filled with strong men and the women who tame them.

She considers reading a luxury and writing a necessity.