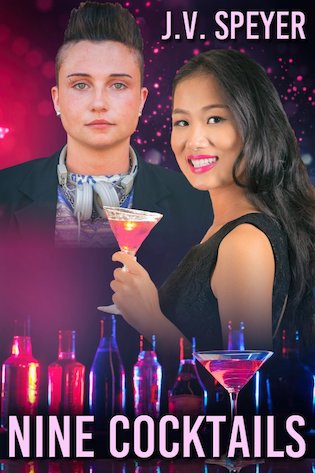 Boston detective and Army vet Abby Morgan got into police work because she wanted to help people, but it seems she only gets to show up after they’re past helping. When a man is murdered outside popular cocktail bar The Gin Barrel, she finds a case that isn’t quite so cut and dry as it seems – and a bartender who arouses more than just her protective instincts.

Paige Lim knows, as soon as she finds out about the body outside her bar, who the killer is. She also knows the police won’t do anything about it. They never took it seriously before, why would they start now? The pretty detective seems sincere, but Paige knows there is a whole system set up to make sure she’ll never be safe – and neither will anyone in her orbit.

Abby is determined not to let the system fail Paige again, but getting the proof they need to arrest the killer is going to take ingenuity and risk. Can they catch a murderer before he kills again?

“‘I’ve served my country with my body, now I want to serve my country with my art.’” Abby turned away. “Have you ever heard such pseudo-patriotic nonsense in your life? At these prices the dude isn’t looking to serve his country. He’s looking to serve himself.” She rubbed her temples. “Ugh. I get they have to eat and pay rent and all that. I do. And I’m not a hundred percent sure why that mission statement rubs me so much the wrong way. But it does, so here we are.”

Mark laughed and lifted his head from his computer. “I think it’s probably got something to do with his prior relationship to pretty miss Paige.” He wagged his eyebrows. “I dug into Manda’s stalker. She did not involve the police. She has four brothers, all of whom play hockey. They figured out what was going on and put the guy in the hospital. He had the gall to try to press charges while admitting he was trying to claim his ‘property.’ The DA, needless to say, was not amused.”

Abby tried not to laugh. She was a cop. Vigilantism wasn’t supposed to be funny, not to her. And a case like this only came up because Abby and the system she supported didn’t do their jobs. At the same time, she had to laugh at the stupidity of a stalker who thought he could get away with it when the victim had an active, involved family armed with big clubs. “I can’t imagine she would have been.”

“So it looks like we’re circling back to Paige.” Mark laced his fingers in front of him. “Not that she’s likely to have been able to do it. You’re right. I took a look through the autopsy report while you were digging into her ex. I don’t know a lot of people, of any gender, who would have the upper body strength to strike that kind of blow from that angle without some kind of struggle.”

Abby nodded. “But our boy here, he was in the army. Who knows what kind of training he got, and whether or not he keeps up with it?”

“True. Some of these guys like the physique they came back with and work hard to keep it up.” He rubbed his belly. “Me, I’m not a fan of the six pack abs myself. I wanted to forget the army as soon as I got my discharge paperwork. But hey, more power to them. The thing is, going into the service should have helped him move on from Paige. That’s a huge hole in our theory right there.”

“Not necessarily.” Abby tapped her jaw. “The guy’s obsessed. Stalkers are. It’s a sickness. Going off and getting a bad haircut isn’t going to help.”

“Oh, don’t you forget, I was there too, buddy.” Abby laughed. “I know just how bad those haircuts are. At any rate, that’s up to the DA. We should dig into Jack a little farther. The murder was related to one of the women at The Gin Barrel, and right now he’s our best bet.”

“Agreed. I’ll look into Private First Class Stalky McStalkerson. Why don’t you go pay Paige a visit and see what else she might have to say?”

Abby’s cheeks burned. She cursed the pale skin that made her embarrassment so visible. “Are you just trying to give me a chance to go see her again?”

“Maybe.” Mark raised his eyebrows. “I’d never suggest you go flirt with a witness or anything. But I do think you’ll have an easier time getting answers out of her than a man will.”

Abby couldn’t be so sure about that one. She’d barely avoided shooting herself in the foot with questions about stalkers. She didn’t point that out, though. She didn’t want to make herself look any more incompetent than she was.

And she couldn’t deny she wanted to see Paige again. 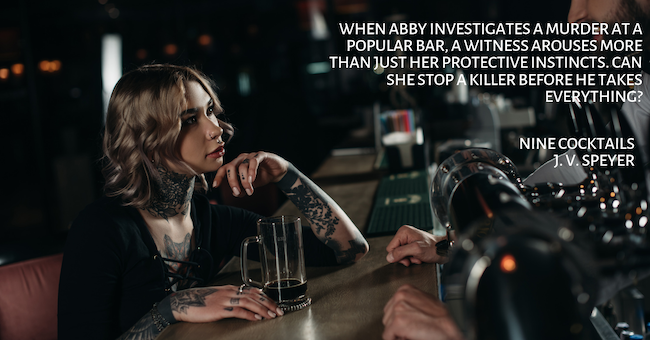