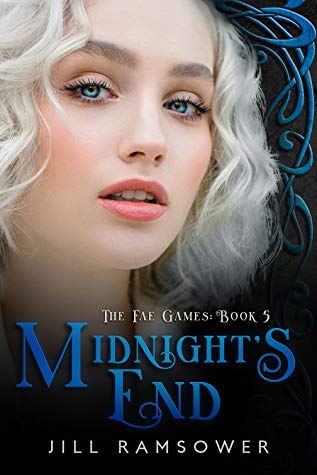 Sorceress, enchantress, deceiver, murderer—I’ve been called all those and more, some that might make you blush. Lucky for me, I couldn’t care less what people think about me. I’ve had my sights set on one thing for the last thousand years, and that’s all that matters. I’ll do whatever it takes to find the cauldron, even if it means taking on a partner. They call him a knight in shining armor. For me, he’s my golden ticket. He fell into my lap, quite literally, and now he’s going to help me get what I want.

I don’t play particularly well with others, but he’s the best shot I’ve got, so I’ll hop on that train and hope it gets me where I need to go. He thinks he’s going to crack my shell and see what’s on the inside, like maybe there’s a warm gooey center to make up for the hard exterior. He’s in for a world of disappointment. Everything soft and delicate about me became rough and hardened a long time ago. I’m Morgan Le Fay, and I’m the villain in this story.

An hour later, after we had eaten a meager supper and cleaned up for the night, we laid down next to the fallen log. At my insistence, he positioned himself closest to the log. The moment I lowered myself to the ground, Knight yanked me back against his large frame.

“Knight, this isn’t a good idea. I told you I’m not going to run. I couldn’t even if I wanted to. I’m exhausted,” I argued as I attempted to pull free of his hold.

“This has nothing to do with you running,” he replied mid-yawn. “It’s going to be cool out here in the open. Just relax, it’s not a long-term commitment. We’re staying warm out in the woods at night.”

I hated to admit it, but he made sense. I stopped struggling and forced myself to lie back against him. “You say that, but people grow attached rather quickly,” I grumbled.

“And what part bothers you more—the possibility I’ll become hopelessly addicted to your sweet charms or the other way around?”

His ability to zero in on my precise fear unsettled me, but there was no way I was going to tell him how right he’d been.

“My concern is all on your behalf, Rin Tin Tin. The last thing I need to deal with is overgrown puppy love.” I forced playful bravado into my voice to conceal my unease. Knight may have been teasing, but his question struck closer to home than he realized.

Love inevitably led to loss, and I’d had enough loss in my life to last a thousand lifetimes.

Jill is a Texan, born and raised. She manages the hectic social calendars for her three active children and occasionally spends an evening with her dashing husband. Aside from being an author and a mom, she’s an attorney, travel junkie, and voracious reader.