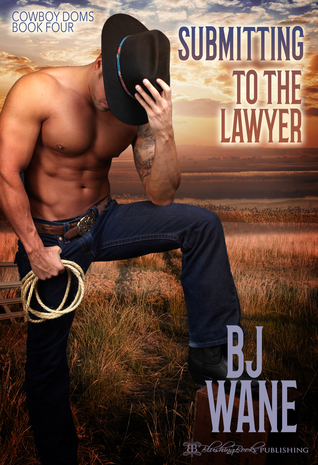 Will they both let their reluctance to admit they want more from the other cost them everything?

Nan Meyers returns to her beloved hometown of Willow Springs a broken woman, ten months after leaving for what was supposed to be a short vacation with her brother. For years she’d enjoyed an active lifestyle at the local club owned by her friends, but the trauma she endured while away has stripped her of those pleasures, leaving her determined to get her life back.

Dan Shylock greets the news of his friend and favorite submissive’s return with relief. After Nan cut off all communication with him and her other friends several weeks after going on vacation, her silence had both worried and angered him. Seeing the changes in her upon her return stirs up his suspicions, and when she reveals hints of suffering from an abusive trauma, his protective instincts and determination to help her kick into high gear.

As Dan slowly coaxes Nan back into embracing the pain induced pleasures she once loved, their growing feelings for each other come to the surface. But before either can come to terms with how they feel, the truth about the strange mishaps Nan has been experiencing almost costs her her life. Will Dan get there in time to save her?

This is book four in the Cowboy Doms series but can be enjoyed as a standalone. 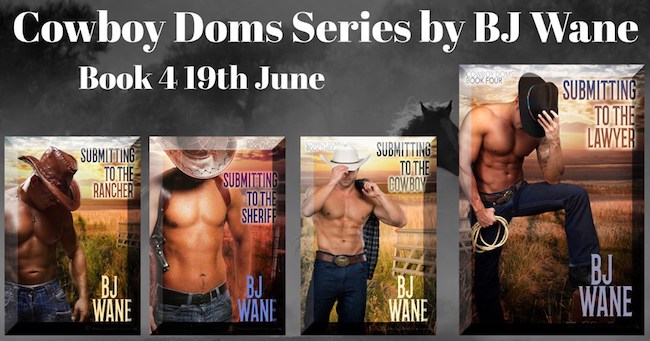 “Looks like I’m not the only one unhappy with your long, unexplained absence.” Unable to resist, Dan pinched her chin and turned her face toward him, holding her there even though her eyes darkened with annoyance and she tried to jerk free. “In case you’ve forgotten, you can come to me with anything, tell me anything. I don’t judge, you know that, or you should.” He released her and changed the subject as her expression turned rigid. “I have a new foal, born seven months ago. Pretty little filly. You’ll have to come out and see her sometime.”

Nan’s face lost her rigid irritation and her eyes lit with interest, a familiar look he was relieved to see. She loved horses, and he knew she’d always wanted one of her own, but not until she could buy enough acres to stable it herself. That was part of her independent streak that right now was causing her to remain mute on her reasons for staying away.

“I’d love to.” Her rigid shoulders relaxed with the eagerness in her eyes. “Thanks. Maybe next week, after I get the shop going again. Are you still working with military parolees?”

“Sure, just let me know, and yes, I hired two new guys several months ago.” The troubled vets used the time, space and work he offered to transition back into civilian life and acclimate themselves to their freedom from both drugs and prison before returning to their loved ones or heading out on their own. Of the previous eight men he’d sponsored, only one had lapsed bad enough he’d ended up back on drugs.

Gertie returned with their orders and Dan shoved aside his curiosity and concern to savor spending time with Nan again. The instant rush of excitement upon seeing her again felt damned good, his relief when Connor called to tell him she was back palpable. Even though he itched to get to the bottom of her trouble, he refrained from pushing too hard. He’d run up against the brick wall of her stubborn independence before and didn’t relish starting their reunion on a negative note.

They spoke of everything except about the months she was away and the reason for her extended visit. By the time they finished their lunch, they had rekindled their easy friendship, enjoying it almost as much as before she’d left. His impatience to discover what happened that caused those shadows under her eyes was his only regret as he stood to leave. With luck, once she submitted to him again at the club, he would be successful in getting those answers.

He tossed down a generous tip and reached out to give her hair an affectionate tug, something he’d done countless times before, only to have her jerk away, as if fearing that small prick on her scalp instead of relishing it. Her face whitened and then flushed, the uncharacteristic response heightening his suspicion something dire was going on with her.

Nan slid off the stool, backing away, her retreat a painful kick to his gut. “Sorry. I…”

Dan laid a firm finger over her lips. “Don’t say anything unless it’s the truth.” Dropping his hand, he wasn’t surprised at the mulish set of her mouth or her silence. Sighing in disappointment, he said, “I hope you’ll join us at the club tonight. We’ve missed you.”

Shaking her head, she replied, “I don’t have time, but should tomorrow night.”

He nodded and turned to leave. “See you tomorrow then.”

She waited until he’d taken two steps away before saying, “I’ve missed you, too, and everyone else.”

He swiveled his head to look at her as he settled his hat back on and nodded. “Good to know.” 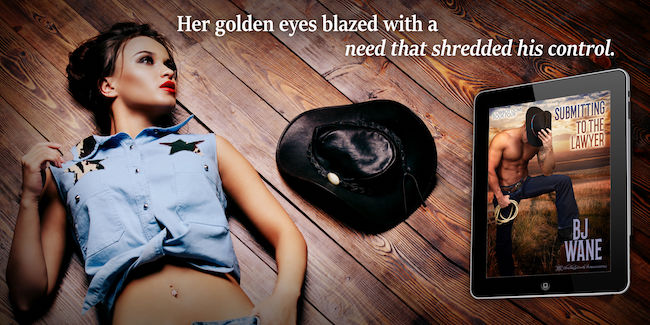 I live in the Midwest with my husband and our dog, a lovable Great Pyrenees/Standard Poodle. I love dogs, enjoy spending time with my daughter, babysitting dogs and kids, reading and working puzzles. We have traveled extensively throughout the states, Canada and just once overseas, but I now prefer being a homebody. I worked for a while writing articles for a local magazine but soon found my interest in writing for myself peaking. My first book was strictly spanking erotica, but I slowly evolved to writing erotic spanking romance with a touch of suspense. My favorite genre to read is suspense.