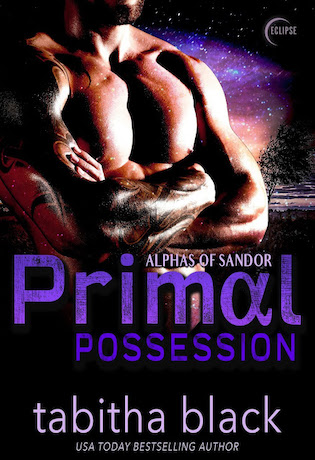 If only I hadn’t been captured on market night…

Despite being born an Omega, I refused to spend my life in a facility, waiting for a suitable Alpha to claim me as his. Instead, with the help of my family, I broke the law, hiding among the Betas, trying to live a normal life.

It worked for five long years…

… until I was caught.

Now I’ve been chosen by Arius, the second most powerful Alpha in Sandor. The moment my scent reached him, overcome by the rut, he had to take me. As his mate, I can have anything my heart desires – anything he has the power to give.

The only thing I don’t have is a choice.

Publisher’s Note: This dark MF Omegaverse romance contains elements of power exchange and explicit scenes which may trigger some readers.

Saskia willed herself to stop trembling but it was damn near impossible. Especially when the huge, intimidating man stopped in front of her, pinned her in place with a piercing gray stare, and went absolutely still. It was as though he were carved out of stone.

His nostrils flared as if in slow motion and her heart beat a frantic tattoo in her chest as he inhaled and she watched his expression change from one of mild curiosity to a look of raw, primal hunger.

She had seen one or two Alphas from a distance, but never before had she stood in such close proximity to one. Even more impressive than the trademark expensive clothing they wore, which she had only ever viewed from afar, this one up close radiated power and dominance in a way she had never experienced before. He was undeniably attractive, in his perfectly tailored gray suit, but the way he was staring at her—like a cat eyeing a mouse—was distinctly unnerving.

Breathe through your mouth, her mother had always warned her. If an Alpha’s pheromones reach you and he’s a breeding match, it will all be over. He’ll go into rut, you’ll go into estrus, and you’ll be powerless to stop him. It’s imperative that you don’t smell him.

Saskia squeezed her eyes shut; the only way she could think of to escape that penetrating gaze he was leveling on her. But even against the sudden dark backdrop of her closed eyelids, his face remained as though imprinted in her mind.

And those eyes… those iron-gray eyes which seemed to see right down into her soul.

Saskia concentrated on breathing through her mouth until he interrupted her with a growl.

“I thought I told you to look at me.”

With a supreme effort, she forced her eyes back open and herself to meet his stare head-on. Determined not to cower or show any sign of fear, she lifted her chin and took a deep breath.

Too late, she realized her mistake.

Having lived in four countries on three different continents, she likes to “write to discover what she knows.”

She has a weakness for great coffee, strong, kind but dominant men, and tattoos. At the time of writing, she lives in Germany with her very own dominant, sadistic and loyal romantic hero, and a lilac cat who likes to sneeze in her face.