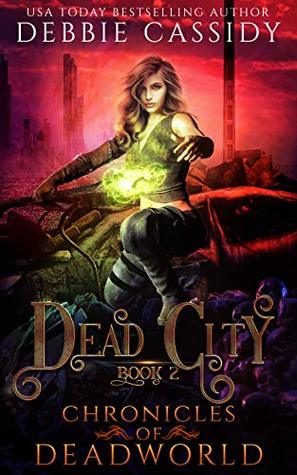 How many times can you cheat death? I’m not sure but I have a feeling I’m about to be tested.

Join Echo in the second thrilling instalment of the Chronicles of Deadworld series.

The door opened, and the object of my reflections strode in. Black vest today and gray yoga pants. He kicked off his shoes and rolled his head on his shoulder to stretch the muscles.

Terse tone, check. He always started out this way. “Yep.”

“Okay, let’s see what you remember from the other day.”

I launched myself at him, not giving him a moment to think, but he grabbed me around the waist easily and flung me to the ground before landing on top of me, arms braced on either side of my head, body in plank position so it was mere inches from mine.

“Not good enough.” His eyes glittered, and his gaze fell to my lips. “Try harder.”

There was a bite to his words, and then he’d pushed off me and leapt to his feet. Shit, the man was agile. Large and muscled like a wildcat, like the panthers we’d seen on the documentaries at the cinema if panthers were silver and blond with twilight eyes.

He circled me as I stood.

“I’m going to attack you now, Echo,” he warned.

A shiver went up my spine, because hell if that wasn’t a hint of glee in his tone.

“I’m going to attack you, and you need to defend.”

His hair had fallen forward into his eyes, and he peered at me from behind the tendrils, his eyes super dark beyond his spectacles. My pulse fizzed, and adrenaline leaked into my limbs.

“Wait, what?” We hadn’t played this game before.

“You know the moves. If you lose your staff if you’re up against the Breed, what do you do?”

His chest was rising and falling rapidly. “Run.”

And then he was charging me. I leapt out of the way just in time to avoid the crash of his body and launched into a run; the room was big, but with him in residence, it felt way too small. I leapt over the horse and grabbed hold of the rings hanging from the ceiling, using them to swing myself over to the rock-climbing wall. My fingers grazed the nooks, gaining purchase long enough to hang and drop, turn and twist to kick him in the gut. My foot connected but didn’t come away because he had my ankle.

My gaze shot up to meet his, and his lips curled slowly. It was a primal smile, a smile of triumph and ownership.

“Okay, you win.” I hopped on one leg while he continued to hold the other.

“I do?” He kept hold of my ankle with one hand and grabbed my calf with the other, pulling me closer.

“Shit.” My heart was thudding faster now, but not with exertion, with fear, because when I looked into his eyes, the Emory I knew wasn’t there. “Emory? You win. You can let go now.”

My pulse was hammering in my throat now as I scanned the face I’d known for years and found nothing familiar aside from the features. His fingers tightened on me. “The Breed will catch you, and they’ll fuck you.”

He yanked my leg suddenly and hard enough to knock me off balance and bring me to the ground. He came with me, his weight landing on my body, pushing it into the mats. A growl vibrated against me, and my fear spiked and twisted into something else, something untamed and dangerous. He inhaled, and the pupils behind his glasses dilated. His gloved hand slid up my body to tangle and fist in my hair almost painfully. Tears stung my eyes, and my body began to tremble, but this … this wasn’t fear, it was anticipation.

What was this? What was happening right now?

His thigh slipped between mine, pushing up against my crotch, and my body was suddenly on fire.

“Emory?” His name was a breathless explosion.

He tensed, and the hand in my hair flexed, tearing a gasp from me. He blinked slowly as if waking from a daydream, and then his face, his beautiful face, contorted in horror.

He leapt off me as if he’d been burned and turned away, bracing his hands on his head. He took several steps away from me and then lowered his arms. His back straightened, and when he turned to face me, his expression was closed.

“Get up.” He looked down on me coolly. “Training is done for the day.” 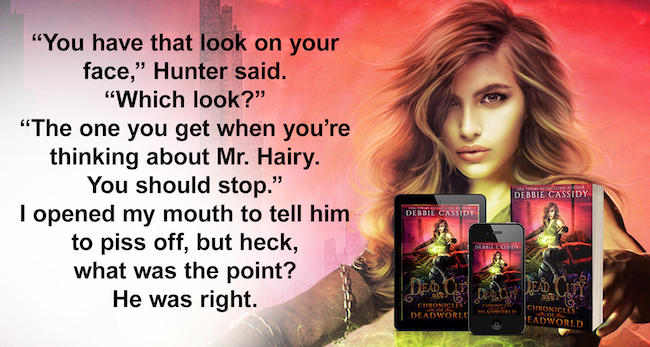