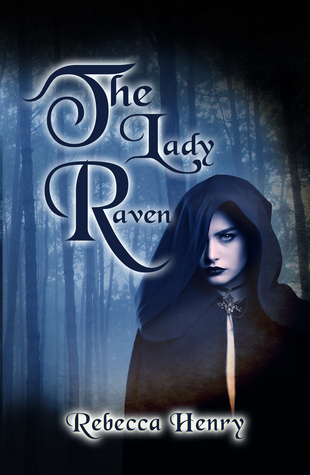 In The Lady Raven, Rebecca Henry tells the tale of Zezolla, a little princess abandoned by her father into the hands of her evil stepmother and wicked stepsisters. A familiar fairy tale you may think but all is not as it appears. The reader is soon drawn into a web of witchcraft, lies and deceit, and gradually realises that this is no typical fairy tale but a dark and macabre take on one. Zezolla is treated with the utmost cruelty, neglected and vilified, and left to live in the damp cellars of the castle. The only friends Zezolla has are her beloved raven and her pet wolf. Her only comfort lies in the loyalty of the creatures of the forest and her mother’s hazel tree. Will Zezolla have the power to escape her torment and ultimately save herself from the unscrupulous clutches of the king? The Lady Raven is a compelling tale and one that is not for the faint-hearted.

Baldric bent down, whispering into his wife’s ear. “I am going to drown you in the river, my love. I want you to hear my words and know that it is I who will kill you. Do not think that I do not know what you did.” Before Avelina could protest, her face was plunged into the icy water. She tried pulling her head up, but Baldric was too strong. She began to buck her legs around like a mule, desperate to make contact with Baldric, anything to weaken his grip. Baldric climbed on top of her and pinned her body beneath his. “Die, Avelina.” he growled. Hands were flying all around him as he drowned his wife, the only woman he ever loved. Princess Avelina was a fighter and she determined to stay alive, but it was to no avail.

Baldric kept her head under the water well after her body stopped moving. Avelina’s betrayal caused Baldric’s love to turn to hate, just as water turns to ice in the frozen kiss of winter.

“Die, you lying witch. Die! You do not deserve the life you have. You do not deserve me. You have taken everything I’ve loved away and now I will take everything from you.” Baldric’s hands trembled with rage as he dismounted his wife’s limp body. Baldric arose, looking around the grounds to ensure that no witnesses could testify to his crime. Still, he would not suffer the consequence of murdering his wife. To seal his innocence, he gathered heavy rocks from the bank and shoved them in Avelina’s robes.

“They will think it a suicide and my hands will never be traced to her death.” He bent down to see her face one last time before kicking her corpse into the lake.

“I loved you mind, body, and soul. I would have loved you until my dying breath, but I will never think of you again. From this day forth, you no longer consume my heart. May you rest in hell, my love.” He watched her body sink; he was triumphant, sentencing her to the punishment that fitted the crime: death.

Before her body disappeared into the ultramarine water, he spat on her. One final act of defiance.