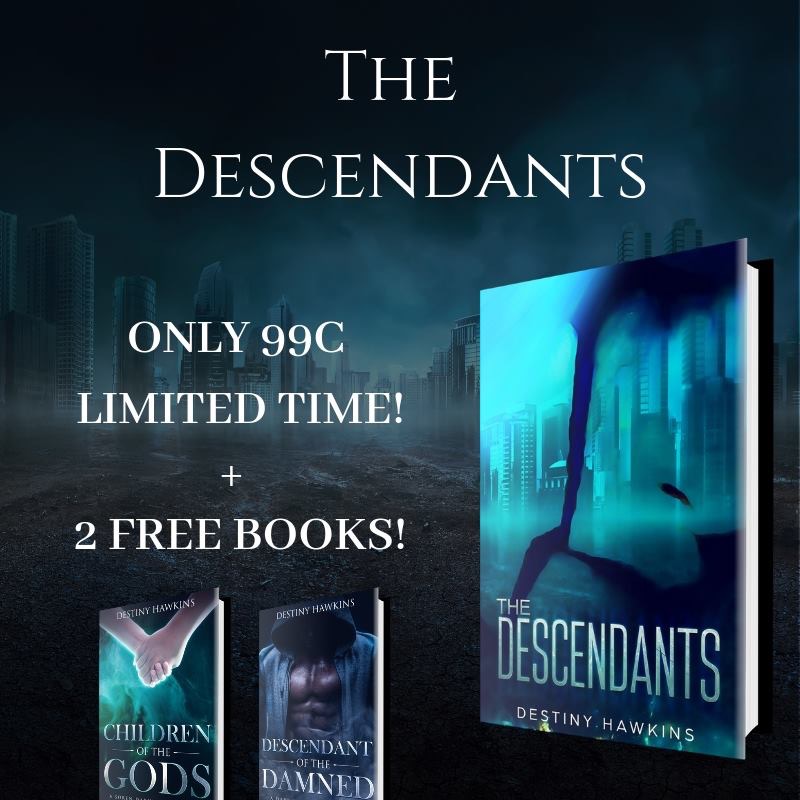 THE DESCENDANTS IS ONLY 99C! LIMITED TIME ONLY!
Bonus? Get FREE access to two books in the series after downloading! Links are at the end of the book!

Fail the tests and become a slave. Display defectiveness and be put to death….

Monroe Academy was built to separate the weak from the strong. Pass the biyearly leveling and be released into society upon graduation. Fail to be promoted and be stripped of rank and forced into servitude.

That was a rule that applied to all but Rayah Bardeau. A student of Monroe Academy, branded as a Null because of her absence of Lighter energy. With her mother standing as a slave in her place, Rayah was given until the age of twenty to make level six, but at nineteen-years-old and with only eight months until her twentieth birthday, she was only a mere level one. The same level she’s been since she was ten.

With the stress of her upcoming test, the loss of a friend, and the constant wrongdoings towards her, Rayah could only dream of escaping from Lytonia, and escape she did. Only, when she awakened in her dorm, she couldn’t distinguish if she had only dreamt of meeting Soren, a wild and adventurous defect in the Wild Lands, or if she had somehow used her Lighter Form to get there.

But only the elite ― the most powerful of Lighters ― could tap into their Lighter Forms. Right?

And what was the dark energy she used when she and Soren were attacked by Depleters? Was Rayah really as powerless as she thought? Was she a defect? And if she used dark energy, could she call herself a Lighter at all?