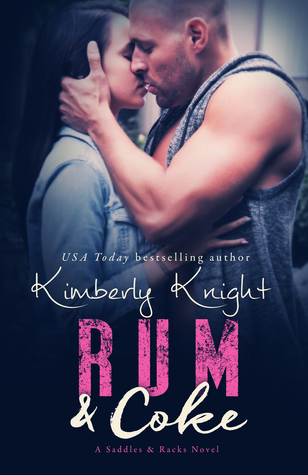 Not everything goes as planned …

Vincent Reed always believed he’d play professional volleyball in the Olympics, but when he’s injured his sophomore year of college, his dreams are crushed and he loses his scholarship. Instead of dropping out of school, Vinny began working as a male escort to pay for his education and fulfill his new dream of teaching children. Enjoying the life of luxury and travel, Vinny continues moonlighting as a male escort after graduation. He has everything he could ever need.

Everything happens for a reason …

Teresa Stewart never planned to get pregnant before she was married. She also didn’t plan for the father of her baby to die in combat before she could even tell him the news. Struggling to feed herself and her son, Colton, Tessa moves to Las Vegas where she hopes the cost of living will be cheaper and she’ll find a job in a popular hotel. But finding a job isn’t easy for Tessa, and a neighbor soon convinces her that stripping is the best way to make the money she needs to provide for her small family. All of life’s puzzle pieces are starting to come together, but Tessa knows something is still missing.

At a bachelor party for his co-worker, Vinny meets Tessa. The sexual attraction is undeniable, but they each have something holding them back from moving forward. They grow even closer when Vinny becomes Colton’s teacher, and it seems as though all the pieces are finally falling into place.

However, sometimes the best-laid plans turn to hell …

Because murder will change everything.

“We’ll always have the Dodgers.”

I took a sip of the rum and Coke I was nursing at the hotel’s bar. I should have been drinking something stronger than rum, or I should have been drinking the 151 proof version that would fuck me up. However, Bacardi had discontinued it, and I was left drowning my sorrows with my usual eighty proof drink of choice because nothing was going to prepare me for today. Not even alcohol.

Especially since it was her wedding day.

When I got the invitation on my doorstep last night, my world came to a screeching halt. Three and half months ago, she’d left me. One minute we’d just started dating, and the next minute she was moving in with the asshole. I tried to go talk to her, but I was never allowed. He lived in a gated community, and she told me on the phone that she was with him under her own free will.

Nothing was adding up, but in the end, I couldn’t get her back.

“We’ll always have the Dodgers.” Those were the last five words Tessa had ever spoken to me. The truth was, we didn’t have the Dodgers. She hated the Dodgers, and I knew it was code— an S.O.S.—but I couldn’t get to her. Couldn’t figure out if it was a cry for help because I was never able to see her again.

Now, she was marrying the guy, and I felt as though I was living in some sort of twilight zone. The funny thing was that I was planning on taking a break from escorting for Tessa. I wanted to see where things went with her because she was the first and only woman I’d ever loved. If she were to come back to me, I’d give it all up right now and whisk her away.

I drained the rest of my drink and then went in search of the room that would feel more like a coffin to me because watching Tessa walk down the aisle was going to be the death of me. My heart was already breaking, and I hadn’t even seen her yet. Just the mere thought of her taking someone else’s last name was enough to put a crack in my heart—shatter it into a million fucking pieces and cause me to never be whole again.

Why did I even come? Why did I get out of bed this morning? Why did I drive the forty minutes to Henderson and get out of my car? And why was I about to walk into my worst nightmare?

All the questions had the same answer: Because I loved her.

I loved Tessa enough to put her happiness before mine and let her go because now I understood that she did leave me on her own. Maybe I’d never move on. Maybe I’d find someone new and eventually quit escorting and start a family. Maybe. But truthfully, after today, I’d never open my heart to anyone else.

When I found where the wedding was being held, I realized it wasn’t in a room. It was a courtyard, and even though I wasn’t going to feel as though I was suffocating, the hundreds of flowers scattered around, and the altar in the center, taunted me. I made sure to get a seat in the back by the door to the hotel in case I couldn’t handle it and needed to leave.

I pulled a flask of rum from my black suit jacket and took a swig as people started to take their seats. I needed more alcohol to numb the pain. At any moment the wedding would start. Tessa was going to walk in on her father’s arm, and he’d give her away.

And no one would know that he wasn’t the only one giving her away. 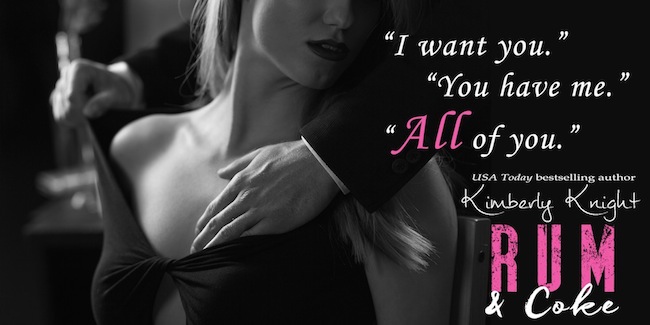 Kimberly Knight is a USA Today Bestselling Author that lives in the mountains near a lake with her loving husband and spoiled cat, Precious. In her spare time, she enjoys watching her favorite reality TV shows, watching the San Francisco Giants win World Series and the San Jose Sharks kick butt. She’s also a two time desmoid tumor/cancer fighter that’s made her stronger and an inspiration to her fans. Now that she lives near a lake, she plans on working on her tan and doing more outdoor stuff like watching hot guys waterski. However, the bulk of her time is dedicated to writing and reading romance and erotic fiction.