Hi there! I’m Lauren L. Garcia, and I write epic fantasy with notes of romance.

Tell me about your book. How did you come up with that (story, angle, idea)?

My current series, Catalyst Moon, is an epic fantasy set in a world where magic is relatively new and no one is quite sure what to do about it. Right now, magic users (mages) are kept imprisoned, and are guarded by sentinels: warriors with an unnatural immunity to magic.

Catalyst Moon began when I decided to try to write something I could publish; I’d been writing fanfiction for many years, but wanted to branch out. The world and story are built around two of my main original characters from my Star Wars fanfic.

How did you get interested in writing this particular genre (historical novels, mysteries, sci-fi, children’s books, etc.)?

I’ve read all sorts of genres, but fantasy always remained my favorite. I enjoy  using speculative fiction to parallel real-world issues and hopefully give the reader something to think about long after “the end.”

What kind of research did you do for this book?

Oh, gosh, tons! I’m sure I’m on a list somewhere. Everything from astronomy to swordfighting to quantum physics. And of course, various illnesses and injuries.

Do you have a favorite book out of this series?

The one I’m working on at the moment. 😉

Where did you get the inspiration/idea for your series?

As I mentioned, the story began with some beloved characters from my Star Wars fanfic; I built the world and story around them. I was also intrigued by the portrayal of mages in the Dragon Age: Origin video game, and wanted to explore the idea of magic-users being locked away against their will.

Was it always meant to become a series?

I wish I could say yes! I think I knew it would be, in the back of my mind, but when I drafted the initial outline, I told myself the story would only take one book to tell. Ha! Now I’m outlining #5 and thinking there might be a sixth one on its heels… I envy authors who meticulously plan out their series. My brain just doesn’t work that way!

I have a full time non-writing job, so I write when I can! Often it’s before work (I’m a morning person), or on the weekends. I don’t usually set daily word count goals; I’d rather focus on getting a scene completed – or at least started. It depends on the complexity of the scene. Also, I’ve got tunnel-vision, and so can only work on one project at a time. So right now, for example, I’m not writing, but outlining book 5 in my series. Every day I try to chip away at the outline a bit more, but outlines are HARD. Probably the hardest part of the entire process for me.

Always! 😉 Catalyst Moon #3 (tentatively subtitled “Storm,”) is with my beta readers now, and I anticipate having it published later this year. Book 4 is written and awaiting editing. Book 5 (and possibly 6) is being outlined. 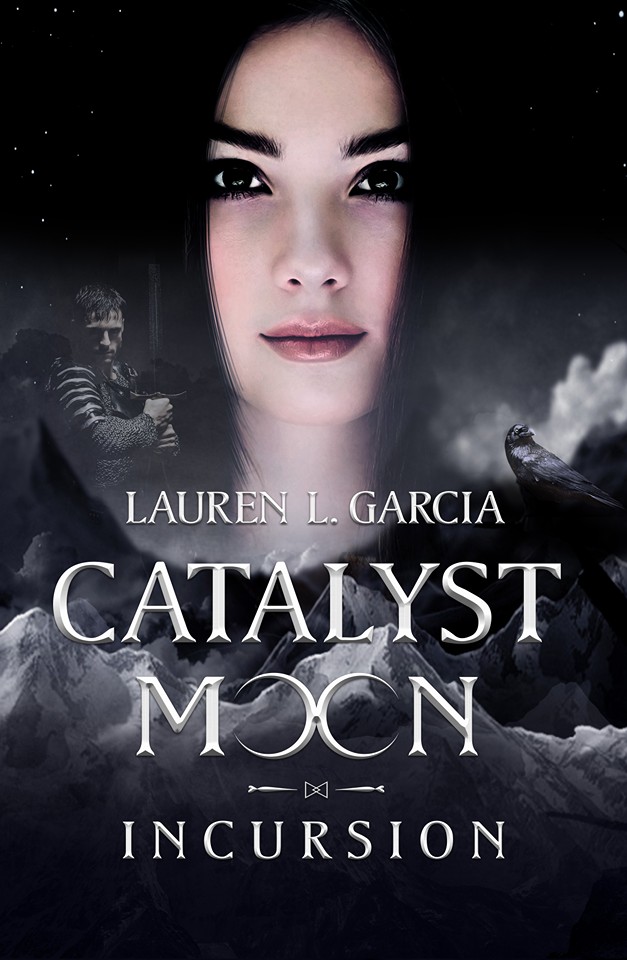 How important are character names to you in your books? Is there a special meaning to any of the names?

Character names are extremely important. However, I try not to worry about the “internet meaning” of the name, (like that you’d find on baby name sites), and focus more on what sort of feelings & ideas the name evokes. If the name rings true when I choose it, the writing process will reveal why.

I wish I could answer that. I think every artist who ever lived has asked that question. 😉 Probably my subconscious, though I do draw inspiration from life experience and much of the media I consume.

Is there a genre that you’ve been wanting to experiment with?

Science fiction and erotica, not necessarily together, though that could be fun!

Outlining! But it’s a necessary evil for me, I’m afraid.

What do you think of book trailers? Do you have a trailer or do you intend to create one for your own book?

I’ve seen some neat ones! I don’t have one, nor do I plan on creating one, (I’m not skilled in that way), but I wouldn’t say no if someone else wanted to create one for me. 😉

What do you consider to be your best accomplishment?

Related to writing, it’d be my tenacity. I’ve been doing this for over two decades, and have logged well over two million word. Eventually, I might even get good at it!

You’re never bored. “Daydreaming,” aka: being alone with your own thoughts is fun and productive! 🙂

Where do you see yourself in 10 years?

Still writing. 🙂 My goal is to publish (at least) one quality book per year until… Everything else is icing on the cake.

“Like” isn’t the right word. I’ve always been compelled to tell stories, and writing is, for me, the best way to do so.

Writing is hard work. Learn to love the work, and you will never be disappointed.

Oooh, that’s a toughie! I’d like to create art of some kind, though I’m not sure how much of a living I could make. 😉

Book 1 of my series was also the first novel I’d published – like for real on amazon – so yes, I read reviews. And promptly learned that I am emotionally unable to handle reading reviews, good and bad, so I have stopped altogether. The tiny, brief high I get from reading a nice review isn’t worth the crippling devastation from reading a bad one, so I cut myself off cold turkey.

As to “dealing” with the bad ones…I don’t have a real answer. Grow a thicker skin, maybe? I’ve tried all of the tricks to cope, but nothing works for me. I finally decided to ignore as much negativity as I can, and focus on the work. That seems to help. I do sometimes keep track of the story’s overall rating, but nothing beyond that. 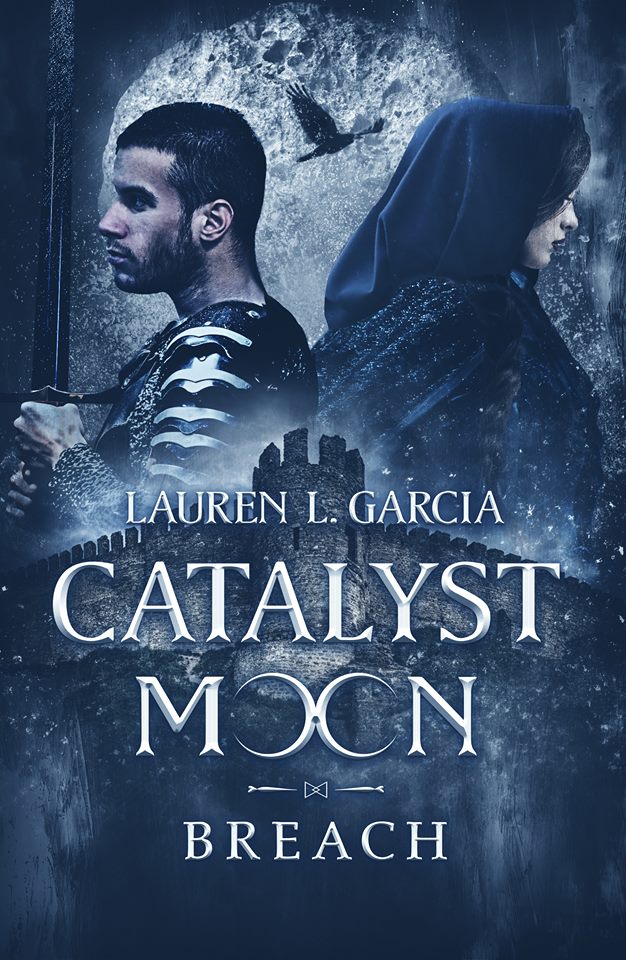 Can you give us a few tasty morsels from your work-in-progress?

Snow drifted to Kali’s shoulders and wind teased her hair, but she felt no cold with Stonewall’s arms around her. She savored the press of their foreheads and the warm kiss of his breath against her lips. They were both mad to stay, but here they were. Together.

She shifted closer, pine needles crunching beneath her boots. He inhaled as if about to speak when a thrall’s scream pierced the air. The otherworldly, high-pitched shriek struck a nerve in Kali’s skull like nothing else she had ever known, filling her with thudding terror and the urge to run. She jerked her head up, searching the shadowy forest around them for sign of the creature, but only saw the sleeping sentinels, hers and Sadira’s tent, and the mage-made campfire, still burning merrily despite the snowfall. Even Frost and the other horses stood beside the mage carriage, content in their slumber.

Warning crept up her spine to prick the base of her skull. Sweet magic. A desire that surely was not her own filled her veins and her heart pummeled against her ribs. She tried to ignore both as she looked back up into Stonewall’s serious, almost-gold eyes. “You didn’t hear that?”

Where did your love of books come from?

Like many little introverts, most of my friends were imaginary, pulled from the books and movies that captivated me as a kid. My parents always encouraged me to read. I have memories of library trips where I stacked baskets full of books to take home and devour.

Sharon Shinn, for fantasy/romance and strong, badass women. Peter S. Beagle, for fantasy and prose so beautiful, it makes you despair because you’ll never create anything comparable. Becky Chambers, for stunning worldbuilding and character development. There are many more, but we only have so much time. 😉

Of all the characters you have created, which is your favourite and why?

Oh my gosh, this is a tough question! I can’t choose one favorite; there have been too many wonderful characters over the years. Kali and Stonewall probably top the list, as they’re the ones who started as Star Wars OCs and moved to Catalyst Moon.

Does writing energize or exhaust you?

Both! I start off totally energized, pounding away at my keyboard. By the time I’m done, I’m a husk of an author, drained of all life-force and in desperate need of a nap. 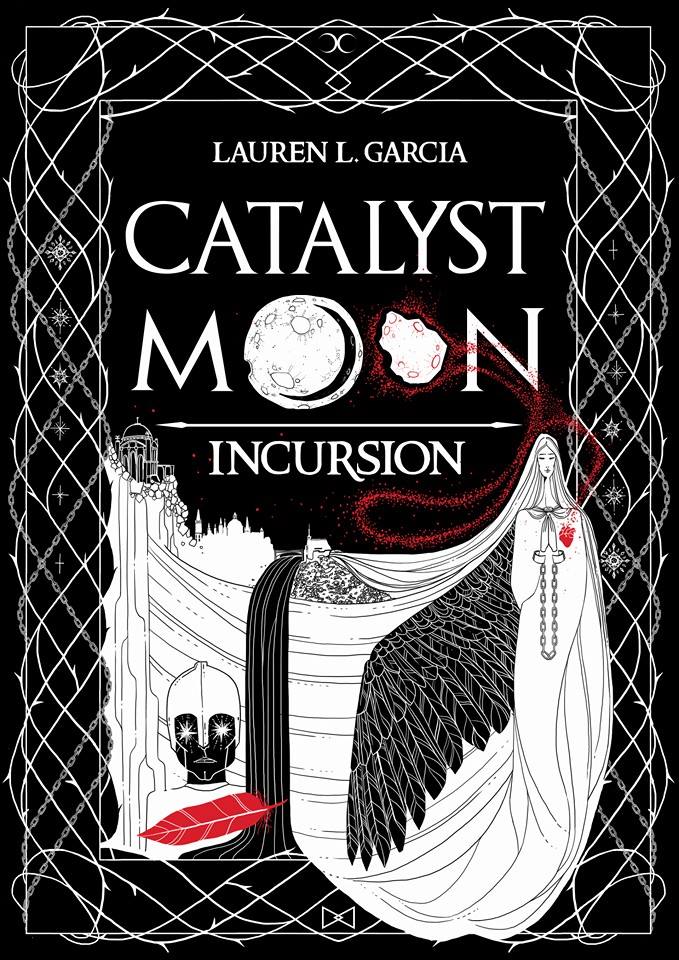 Do you try more to be original or to deliver to readers what they want?

I try to write truths; of the story and the characters driving it.

If you were writing a book about your life, what would the title be?

Music Is My Muse

What question have you always wanted to be asked in an interview? How would you answer that question?

Q: Are there playlists for any of your books?

A: Yes, indeed! I often find inspiration in music. 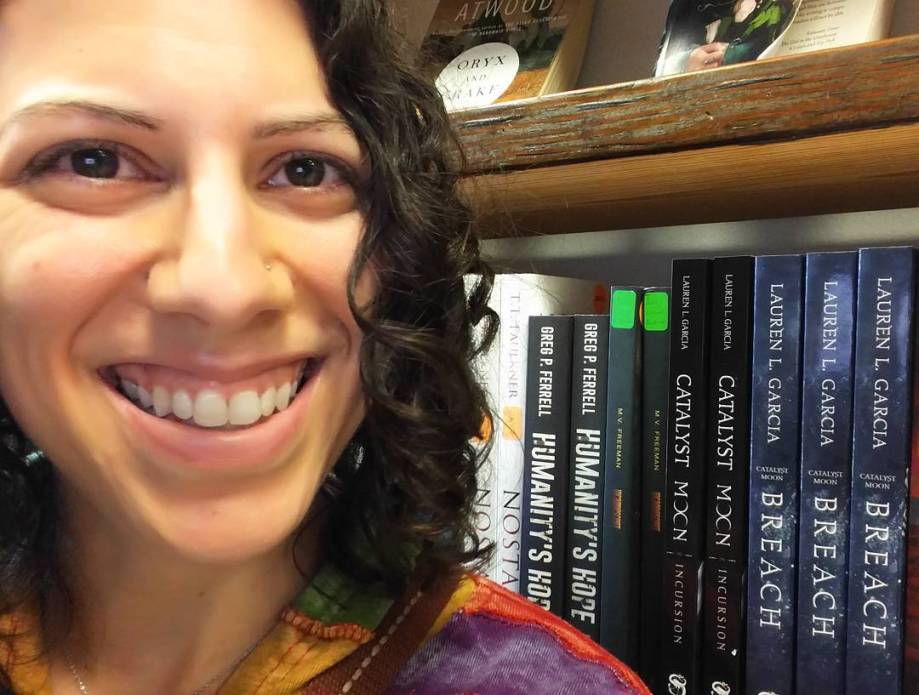 Thank you for the invite! It’s been a blast! 🙂