MY INTERVIEW WITH AUTHOR BETH WOODWARD

My name is Beth Woodward, and I write urban fantasy—novels set in a realistic world with fantasy elements.

Tell me about your book. How did you come up with that (story, angle, idea)?

Embracing the Demon is the second book of my Dale Highland urban fantasy series. I wrote the initial draft of the first book, The Demon Within, all the way back in 2010. The series focuses on a young woman who finds out that she’s half-demon, and in this world, angels are the bad guys. In the second book, a threat to Dale’s life forces her to return to the supernatural world—and the man who betrayed her—just as a mysterious illness starts mowing down immortals.

I loved the idea of reversing the narrative, of making the demons the heroes of the story. I also loved this idea that maybe the characters we think of as “bad” really aren’t as terrible as we think. 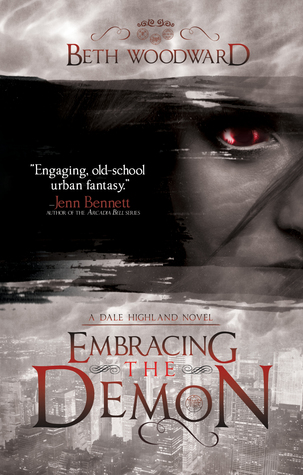 How did you get interested in writing this particular genre (historical novels, mysteries, sci-fi, children’s books, etc.)?

At the time I wrote The Demon Within, I was reading a lot of urban fantasy. I fell in love with the genre. I loved that it was, by and large, a very female-dominated genre. Most of the protagonists, and most of the authors, in urban fantasy are female. I loved that the female characters in these books get to be the heroes, not princesses or damsels-in-distress waiting for rescue. I also loved that many of these books seamlessly integrated fantasy and romance. It’s kind of a perfect blend. In a lot of romance, it’s emotional baggage and misunderstandings that keep the couple apart. In urban fantasy, you might have those things, too, but you also have the, “We can’t have sexytimes right now, because we’re being chased by a literal monster.” It definitely adds an element of fun 😉 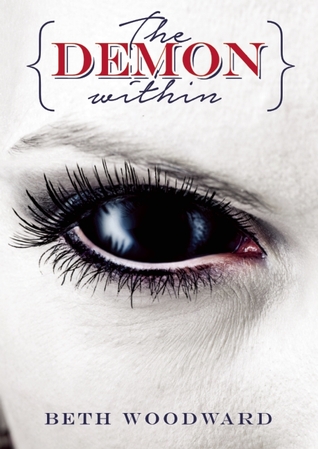 What kind of research did you do for this book?

I am terrible at coming up with cool places and settings, so a lot of my research involved using Google Image Search to inspire me to be more inventive with my locations. An underground records warehouse called the “Obelisk” was inspired, oddly enough, by the Atlanta Marriot Marquis and by pictures of old pneumatic tubes. And the top-secret headquarters of the Zeta Coalition, an anti-supernatural paramilitary organization, is based on Habitat 67—which is actually a housing complex in Montreal!

The main plot of Embracing the Demon centers around a fatal illness that is spreading throughout the supernatural community, so I spent a lot of time researching the effects of rabies. Authors’ search histories are weird.

Where did you get the inspiration/idea for your series?

Writer’s Digest used to run a flash fiction contest in every issue. They’d publish a prompt, and then you had to write a 750-word story to that prompt. One month in 2010, the prompt was, “You wake up with a dead body next to you and a knife in your hands. You can’t remember anything, and you have to figure out what happened.” And I, being the twisted sort of person that I am, wrote a story about a woman who woke up with a dead body next to her and no memory of what happened and thought, “Oh no, not again.”

By the time I finished the story, it was too late to enter it into the flash fiction contest, but I brought it to my writing group to share. My group-mates asked a lot of questions about why the main character had done these things before, and why she experienced memory lapses. I didn’t know at the time. And then someone suggested she’d been possessed. And I thought, “No, she’s not possessed, but she is part demon…”

Was it always meant to become a series?

It wasn’t even always supposed to become a book, let alone a series!

I’m pretty much the worst person to talk to if you want to become a prolific writer. I write slowly, and I have a lot of non-writing days. I usually take a few months off between projects.

When I am writing, I usually try to get a few hours of work in after I come home from my day job. I’ll also get up before my husband on the weekends to get some writing time in.

I am working on a novel for National Novel Writing Month called SuperZeroes, about a group of people with the world’s lamest superpowers who are forced to step up and become heroes when an evil corporation starts plotting world domination. 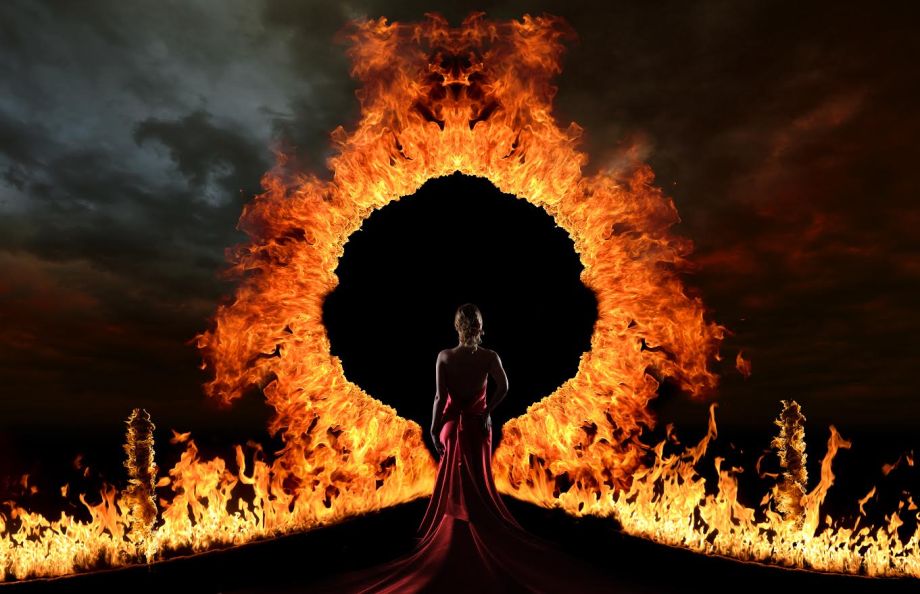 Anywhere and everywhere! The genesis of the Dale series was a writing prompt in a magazine. (Yes, apparently they do work!) My idea for SuperZeroes was triggered by, of all things, a Facebook conversation about the best superpowers, where one of my acquaintances said, “I always liked the lame superpowers the best.” Once I had an idea about writing a version of Frankenstein with a female lead, and at the same time I was thinking of what life for my grandmother would have been like as a young woman. Somehow the two got meshed together, and I ended up writing about the wife of a government scientist reanimating dead bodies during the Cold War.

For me, the trick is trying to be open to getting ideas. Your brain is constantly churning. It can come up with a lot of random weirdness.

Is there a genre that you’ve been wanting to experiment with?

I’d love to write romance, but since my stories all tend to have a dark edge, I’m worried that I’d just randomly start offing people!

The middle! I usually know the beginning and the end, but getting from point A to point B is the hardest part.

What do you think of book trailers? Do you have a trailer or do you intend to create one for your own book?

I would love it if book trailers were more like movie trailers, with actual scenes acted out from the book, but those kinds of trailers are logistically difficult and can be very expensive. I haven’t done book trailers for my books. I have mixed feelings. I’ve seen some good ones, but most of the ones I’ve seen are kind of meh.

What do you consider to be your best accomplishment?

Making the Kessel Run in less than 12 parsecs 😉

I love creating my own worlds and characters. I love being able to control the outcome. Fiction writing—the career path of hard-core control freaks everywhere.

Where do you see yourself in 10 years?

Oh sheesh…I’m not sure where I see myself in 10 minutes.

I used to drag my friends in from outside so we could write stories together on my dad’s computer. I was always surprised when they would rather have just stayed at the playground.

If you want to write fiction, read a lot of fiction—especially fiction in your genre. Read as much as you can, as often as you can. And then just…write. I don’t think that writing is something that can be taught. But it’s something you can learn. You have to work at it. Like anything else, it takes practice.

Be willing to accept criticism. It’s probably the hardest part of the process, but it’s necessary.

I try not to read them, and I never respond. Bad reviews suck, which is why I try to avoid them, but I understand my books aren’t for everyone. We are all entitled to our own opinions, and it would be disrespectful of me to diminish any of my readers—even if they hated the book—by telling them that they’re wrong.

On the days I do stumble upon them…well, I don’t drink, but I find that copious amounts of sugar are helpful.

What is your least favourite part of the writing / publishing process?

In the urban fantasy genre, I would highly recommend Ilona Andrews and Seanan McGuire. They publish some of the best urban fantasy/paranormal books out there.

Does writing energize or exhaust you?

Both! It depends on the day and the situation. If it’s going well, I’m probably energized. If not…you get the idea.

What is your writing Kryptonite?

My cats. They’re adorable, but they like to walk on my keyboard.

If you were writing a book about your life, what would the title be?

I Threw Up on Broadway: A Tale of Regurgitations. I have a very strange habit of throwing up in public places. Oddly, this has never been because of drunkenness or pregnancy. Most recently, I had to force my tour bus to stop so that I could vomit in the restroom of a hole-in-the-wall restaurant that was under renovation on the Amalfi Coast in Italy. Word of advice: if you’re planning to drive the mountain roads along the Amalfi Coast and you are in the slightest bit prone to motion sickness, take lots of Dramamine beforehand. I’m not sure if you can overdose on Dramamine, but it might be worth the risk. Those roads are both beautiful and nauseating.

One thought on “MY INTERVIEW WITH AUTHOR BETH WOODWARD”